Twitch Statistics 2022: How Many People Use Twitch?

Twitch is by far the most popular game streaming platform. Attracted numerous anchors and viewers to join. Are you one of them? We collect data and statistics about Twitch. Read on below to learn more.

The audience of Twitch is predominantly male.

The audience of Twitch is predominantly male. The data from a study on the gender distribution of Twitch’s audience found that about 65% of the viewers are male, and about 35% are female. This is a significant difference, which suggests that there are many women in the gaming industry who have not been able to find their place in this community.

It’s easy to think that the biggest age group on twitch is teens, who make up 41% of the overall number. They are mostly students, and they have a lot of time to watch their favorite games live. For young people who have just started working, they are the second largest group, with a proportion of 32%, which means that these two groups account for almost ¾ of the number of people, which is a very staggering statistic. After the age of 35, as the age increases, the number of users is gradually decreasing, only 17% of the 35-44 age group, only 7% of the 45-54 age group, and only 3% of the 55-64 age group

There is no doubt that the most popular type of show on twitch is of course games, which accounts for 82% of the total number of users, followed by music shows, with nearly half of people saying that they will enjoy music on twitch, which sounds like a Nice way to relax. The number of people who like Esports is greater than 38%, which is certainly not a small number. The number of users who like sports programs is relatively small, only 21%. 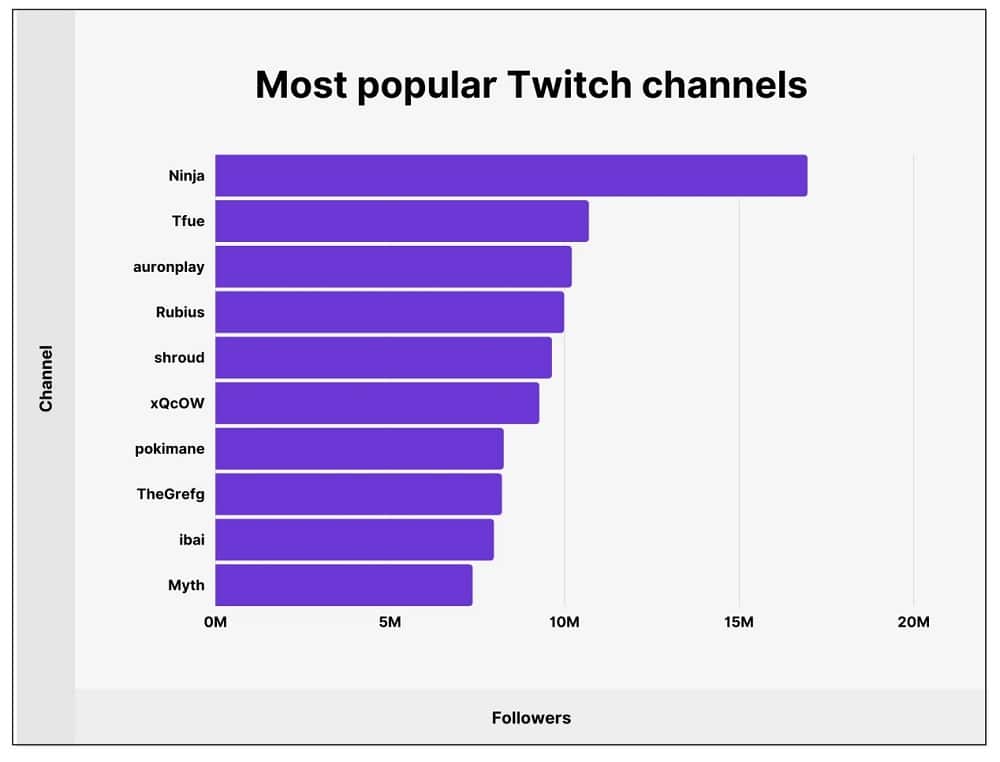 Ninja is the most well-known streamer on Twitch and a professional gamer. Blevins has over 18 million followers on his Twitch channel, making it the most followed Twitch channel as of September 2022. Also, there are quite a few talented and popular anchors who are broadcasting live on twitch, what are you waiting for, join their live broadcast room.

The following data is about the frequency of US users using twitch. It is unbelievable that 66% of people never use twitch, which shows that a considerable number of users on twitch are likely not local users in the United States, but come from other countries. The frequent users only accounted for 12%, and the occasional and rarely used users accounted for 13% and 10%, respectively. 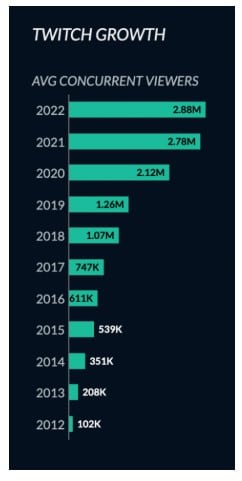 The next piece of data is about Twitch’s annual average concurrent viewers, which shows how Twitch has grown in recent years. From a maximum of 0.53 million viewers in 2015, this number has become 2.78 million in 2021, which means that at the peak of the year, nearly three million people watched the show on twitch at the same time.

According to the latest statistics, on a global scale, the proportion of male users of twitch is as high as about 80%. It is easy to know that because the main content of twitch is games, male users are of course the main group, while female users account for 20%. Left and right, it may be a woman interested in beauty or music. 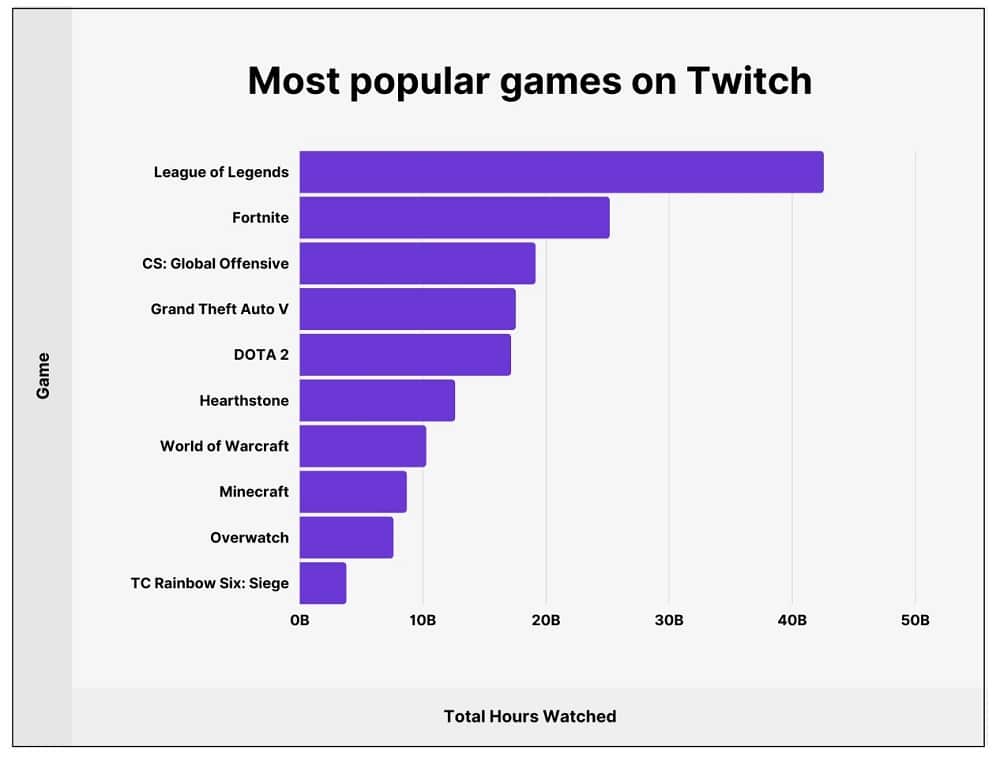 I think you will be very interested in this data. I am very happy to tell you that LOL is still the most popular game show on twitch. 52.6% of users said that they would watch LOL related games on twitch, ranking Second is fortnite and third is Grand theft auto V.

9. Twitch downloads in the second quarter of 2022 (ios and Android) 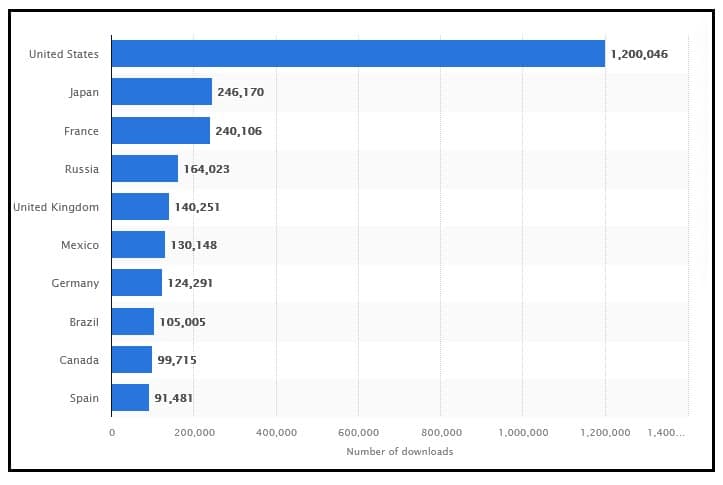 If you want to know the number of downloads on twitch in the second quarter of 2022 on a global scale, then let me tell you, there is no doubt that the United States has the most downloaders, and this number is as high as 1,200,046. Japan, France, and Russia rank second, third, and fourth, respectively.